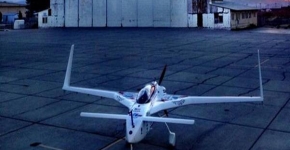 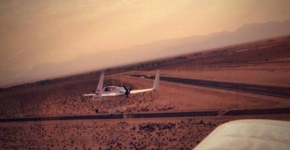 The pristine 7,100 foot runway 15/33 at Inyokern Airport will soon echo with the sound of the future, as our high performance, all-electric Long-ESA executes taxi-testing, first flight, and world record attempts at this wonderful facility.

We will shortly be moving operations to occupy Inyokern Hangar #3, where we have unfettered access to Inyokern’s three incredible runways with lengths of 7,100 feet, 6,275 feet, and 4,150 feet.  By comparison, the runway 19L at Orange County’s busy John Wayne Airport where we have been flying to date is only 2,887 feet long!

This area is absolutely perfect for aircraft development programs, with nearby Ridgecrest supplying an educated population of engineers and scientists, and next door China Lake featuring the tracking range and equipment that validated the SpaceShipOne’s altitude of >300,000 feet and tracked the Space Shuttle landings at Edwards Air Force Base to the south.  There are extremely long runways at both Inyokern and China Lake, ample flatlands and desert surrounding both facilities, but close enough to the south end of Sequoia National Forest to provide a unique mix of climates, terrain and weather for our programs.

FOTC parent company, W.Morrison Consulting Group, Inc. is a U.S. Government Contractor and has a history of contract wins with the China Lake Naval Air Weapons Station, just 7 miles away from Inyokern Airport.  Discussions with China Lake (Armitage Field) about our electric flight test program, world record attempts for speed and altitude, and ultimately our Lindbergh transatlantic aircraft and UAV development suggest that they will be active participants along with Inyokern Airport in our electric aircraft development programs.

Stay tuned for more news and imagery as we push forward on this exciting electric aircraft and UAV program.