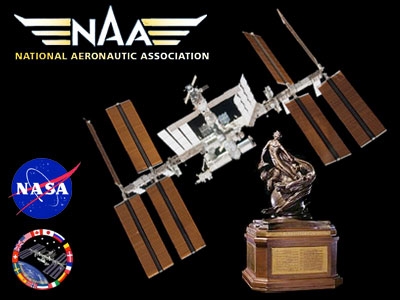 Chip Yates One of Seven Record Setters Named to “Most Memorable Aviation Records of 2013” List by the National Aeronautic Association:

“In a series of record attempts in the new electric motor classification, Chip Yates flew his lithium-ion battery powered Long-EZ from a standing start on Inyokern’s runway 15 to a height of 9,843 feet in 5 minutes, 32 seconds. His flight on November 24 broke his own record of 6 minutes, 28 seconds set earlier in the year.”    –National Aeronautic Association

The NAA will celebrate the most memorable aviation records and record-setters of 2013 at a special NAA Awards Ceremony in Arlington, VA, on March 18, 2014.  Click for a list of the seven records.

As the official record keeper for United States aviation, the National Aeronautic Association tracks dozens of world and national record attempts each year. New U.S. records are certified and those qualifying as world records are then ratified with the Fédération Aéronautique Internationale (FAI). At the end of each year, under the direction of the NAA Contest and Records Department, records certified for that year are reviewed and a list of the “most memorable” is created.